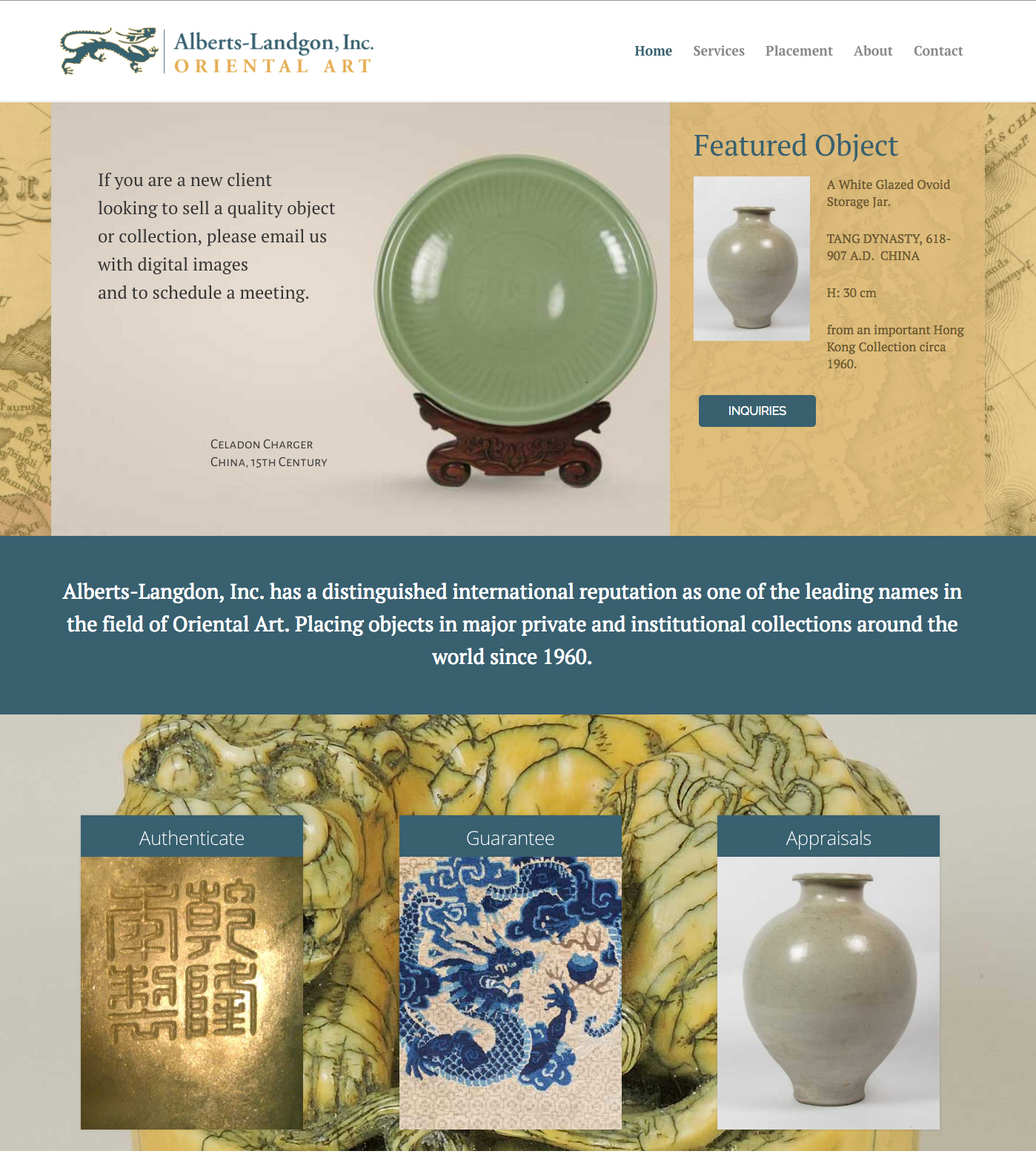 Alberts-Langdon, a long-standing curator of fine collectibles from Asia, had an old website which did not reflect the company’s national reputation as an important curator or Asian Art. Additionally, the site was non-reponsive, meaning that it did not change according the the device it was seen on, which impacted its Google ranking.

Through a series of kickoff meetings between designers, writers, and the client, we developed a look and feel that harkened to the ancestral asian places that the art is curated from, while at the same time creating a fresh and easily accessible motif that would appeal to contemporary sensibilities.  It was agreed to keep the original dragon logo, but to give it a modern flavor with a new color scheme and typography scheme.

We measure our success
by your business success.